In the past decade, incidence of colorectal cancer has doubled in people under the age of 50. Given this alarming data, the American College of Gastroenterology (ACG) has updated its guidelines for colorectal cancer (CRC) screenings.

The new recommendations, published by the American Journal of Gastroenterology, state that screening should begin at age 45 for persons of average risk. The risk is higher than originally anticipated for people from age 40 onward. Today, a 45-year-old has the same risk as a 50-year-old had ten years ago. Routine screenings are still recommended up to age 75, and screening beyond age 75 should be individualized to the patient.

“140,000 new cases of CRC are now diagnosed annually in the United States,” said Joy Blom, MRHC surgery coordinator. “This includes an alarming increase in people younger than age 50. The disease is estimated to account for as much as 10% of all cancer deaths.” 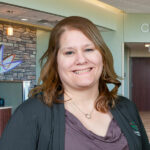 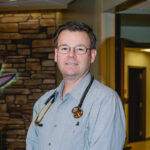 “As with any cancer, early detection is key,” said Family Practice Clinic Provider, Dr. Douglas McLaws, DO. “That’s why screening tests such as colonoscopies are so critical.”

Screening should be seen as either a one-step process such as a colonoscopy, which allows simultaneous diagnosis and treatment, or a two-step process such as stool-based testing followed by a colonoscopy if positive. Colonoscopies can help identify cancer early, allow for more effective treatment, and detect abnormal growths or polyps which, if not removed, can become cancerous. These screenings are vital as colorectal cancer almost always develops from these polyps. Those who have diseases such as Crohn’s or have a family history of colorectal polyps or cancer should talk to their doctor about being tested earlier.

For individuals with a family history of CRC or an advanced polyp in one first-degree relative younger than 60 years old or CRC or an advanced polyp in two or more first-degree relatives at any age, guidelines conditionally suggest initiating a colonoscopy at the earlier age of 40 or 10 years before the youngest age of the affected relative (whichever is earlier).

“At MRHC, we encourage all of our patients to know their family history and participate in screenings as recommended in order to help identify issues as early as possible,” said Blom.

MRHC’s general surgeon, Dr. Josh Smith, regularly provides colonoscopies at MRHC. The procedure lasts about 30 minutes and patients will need someone to drive them home afterward. During a colonoscopy, the physician can identify pre-cancerous or cancerous polyps (abnormal growths) and remove them during the procedure. Meaning a potential diagnosis – and cure – can occur at the same time. 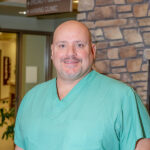 “We understand the prep for a colonoscopy can be uncomfortable, but the result of the procedure could allow you to prevent the onset of cancer or begin a treatable and beatable regimen if a diagnosis is made,” said Dr. McLaws.

To schedule a colonoscopy at Manning Regional or talk to one of our trusted experts about colorectal cancer and determine which screening is right for you, please call 655-2072.

What are the Symptoms?

According to the Centers for Disease Control and Prevention, symptoms of colorectal cancer include:
·       Blood in or on stools (bowel movement)
·       Persistent stomach pains, aches, or cramps
·       Unknown cause of weight loss

It is important to note that symptoms are not always present in those with colorectal cancer. If you do have any of these symptoms, talk to your doctor to help determine the cause.